Navy Pier announced its full spring events schedule, offering a broad range of spring events including cultural celebrations, the return of Chicago’s premiere international art expo, and a first-of-its-kind tribute to one of America’s most enduring pop-culture treasures, ‘The Golden Girls.’

“We’ve endured a rather snowy and chilly winter, but here comes the sun, with an array of events and activities that will keep spring hopping at Navy Pier,” said Navy Pier President and CEO Marilynn Gardner.

India’s grand celebration of good triumphing over evil, Holi presented by ComEd and sponsored by the Delhi Committee of Chicago Sister Cities International, will be celebrated fon March 19, in the Aon Grand Ballroom, which comes alive with dance, music, and educational activities. Funkadesi, Surabhi Ensemble, DJ Krush and DJ Jeet, Bollywood Grove, Natya Dance Theater, Meher Dance, and Mandala Arts will perform. The festival is famous for the throwing of colorful powders, which will be available for sale onsite. Bombay Wraps will sell food at the event.

Stroller Grooves, a live music series for families and their youngest music fans, returns every Tuesday at noon in March and April at the Mural Corner in the Fifth Third Bank Family Pavilion. Performers include the Q Brothers and Little Miss Ann.

In partnership with the One Earth Film Festival, Navy Pier will stream the documentary “The Pollinators,” which sheds light on the imperilled bee, on March 6. After the free screening, Navy Pier’s own ‘apiarist’ or beekeeper, who maintains two hives on the green roof of the People’s Energy Welcome Pavilion, will lead a discussion about the amazing insects responsible for 35% of the global food supply. Guests will then sample the honey harvested at Navy Pier.

The hallmark of St. Patrick’s Day in Chicago is dyeing the river green. Revelers can get up close and personal to the iconic tradition aboard a Seadog boat cruise on the Chicago River. The City Cruises St. Patrick’s Day River Dyeing Cruise, boards at 7:45 a.m. Saturday, March 12. The two-hour cruise features Irish tunes, the best views of the skyline, and green beer! Tickets are $65, available here.

“Stories of Survival: Object. Image Memory,” is an award-winning exhibition of 56 works of art debuting at Navy Pier as an outdoor experience. Stories of Survival showcases more than 50 personal artifacts brought to America as families fled persecution and war. Presented in partnership with the Illinois Holocaust Museum and Education Center, Stories of Survival will be on display outdoors in Polk Bros Park, from April 7 through June 30. 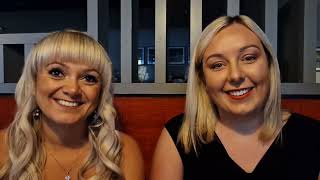 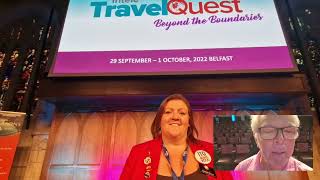